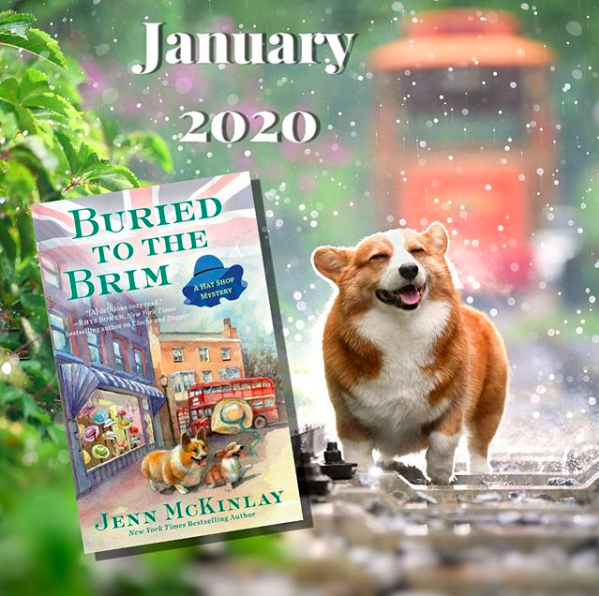 BOOK NEWS: BURIED TO THE BRIM drops on January 28th! We're back in Notting Hill with the sixth Hat Shop Mystery. Scarlet and Vivian return to don their sleuthing caps and solve a murder that's death in show. It's corgis, dog shows, hats, and more! Pre-order today!

In April, we're traveling to Scottsdale, AZ to visit the Cupcake Bakery gang in PUMPKIN SPICE PERIL. Life is all sugar and spice for the Fairy Tale Cupcake bakers--Melanie Cooper is engaged to the delectable Joe DeLaura, Angie Harper and her husband Tate are savoring married life, and the bakery is bustling with happy customers. Until one of their most valued cupcake connoisseurs ends up dead.

Then we're off to Ireland, France, and Italy in this summer's big romantic comedy, PARIS IS ALWAYS A GOOD IDEA! Thirty-year-old Chelsea Martin retraces her gap year to find love--and herself--in this hilarious and heartfelt novel. This book was a labor of love, and I'm thrilled to have it coming out in July 2020!

EVENTS:  Sunday, February, 9th at 2 pm, my writing pal, Paige Shelton, and I will be arm wrestling (metaphorically) about Plotting vs. Pansting (plotters plot their books and pantsers – as in, writing by the seat of the pants – don't). Join us at Scottsdale Civic Center Library to see which one of us is which. Register here: https://scottsdale.libnet.info/events

Thursday, February 13th at 7:00 PM, I'll be speaking and signing BURIED TO THE BRIM at the Poisoned Pen in Scottsdale. Stop by and visit me for tea and crumpets, or some other British inspired yummies.

March 6-8, it's a quick visit to the Southwest Florida Reading Festival in Fort Myers, FL, where I'll be on a panel with fabulous authors Sonali Dev and Mary B. (Honey) Morrison!

March 12-15, I'm back on the west coast to attend Left Coast Crime in San Diego, CA.

Wednesday, March 18th at 7 pm, I'll be speaking about writing in multiple genres at monthly Desert Sleuths meeting at The Newton, 300 W Camelback Rd in Phoenix.

Also, I'm thrilled to announce that I now have an author assistant, Christie Conlee, who is gearing up to do amazing book giveaways and fun stuff. You should see the swag she's developing! Be sure to follow me to find out how you can get some super cool stuff!

WHAT'S ON MY MIND? Epiphanies. Don't you love those? When an absolute truth rises through the dark sludgy murk of your subconscious and shines a light so bright it can't be ignored. Yeah, they're awesome.

A few months ago, I had a major one. I was at dinner with two of my dearest long time friends and we were talking about self-esteem, the inner voices in our heads, and the daily battle to shut out the internal critic and focus on the positive more encouraging voices. I listened to my friends express their struggles, and I thought, I don't get it.

Confession: I have pretty rock solid self-esteem. Straight up, I like me. I frequently annoy the Hooligans with this unsolicited advice: "It's difficult for other people to like you if you don't like yourself." Or as another friend of mine and I joke, "Me, myself, and I are my three best friends."

Now this doesn't mean I think I'm awesome. I'm not. I talk too much (boy howdy, do I), I can be pretty self-obsessed ("Enough about me, what do you think of me?"), I have a bit of a temper, and, as my mother can attest, I am MOODY. Both the temper and the moodiness have mellowed with age, but I was a real peach to live with as a teenager (sorry, Mom).

But still, somewhere around age sixteen, I remember being hit with the epiphany (Yay!) that I was stuck in here. Stuck in this body, which, according to the world's arbitrary standards of beauty, is too tall, flat-chested (that was fun in middle school), with overly large teeth, a laugh like a hyena, and very thin, fine hair, and there wasn't a darn thing I could do about any of it. Although, I have toned down my cackle a bit.

As life rolled on, I maintained this idea that I had terrific self-esteem, and was untouched by the negative voices that seemed to plague so many people around me. But then, after talking with my friends about why I seemed incapable of moving forward with remodeling my kitchen, hiring help with the writing business, and in general accepting help of any kind in my life, I had…wait for it…an epiphany!

While standing in my 60-year-old kitchen (we're talking original beige tile and a stove top that was potentially a fire hazard), I asked myself why I couldn't commit to getting it finished and what was wrong with me anyway.

Then this internal voice very quietly said, "Because you don't deserve it."

I was, like, what did you say? And the voice said, "Your life is one of struggle. It's who you are and what you know. Nothing can ever be easy for you because you think you don't deserve it. Your self-worth is directly proportional to how hard your life is."

This is the part where I had to sit on the floor and have a good cry because I realized, yes, this was my truth and it had been for a very long time. You see, I'm not the sort of person who skips along the pretty, flower strewn path to the gorgeous beach. Nope. I'm the sort who has to climb down the jagged cliff face with my bare hands and land dirty, sweaty, and probably bleeding in order to feel as if I've earned my day at the beach. Why? I have no idea. Well, I have some ideas, like the seven years of painful rejection it took before I finally got published, but it's a lot to unbox in a newsletter. I imagine I'll have to work it out in a novel or five.

Suffice to say, I am now aware of this default setting in my internal wiring, and I'm endeavoring to short circuit it. To that end, I have forged ahead and am remodeling my kitchen bit by bit -- with help! I've hired an assistant to take over the promotion of my books. And, I've begun asking for help in all areas of my life when I need it. This is new for me. It's very uncomfortable, but I'm trying.

Now my wish for you, if you managed to slog through this entire letter (high five) is that you never doubt your self-worth. You are one of a kind, unique, brilliant, beautiful in your own special way, and you deserve a round of applause, a hug, a pat on the back, and a truckload of love, just for getting up every day and giving life a go. Life is a struggle. It is hard and frequently cruel, but it doesn't always have to be and it certainly doesn't need to become our identity. I believe in me and I believe in you. And when all else fails, I'll meet you inside the pages of a book! 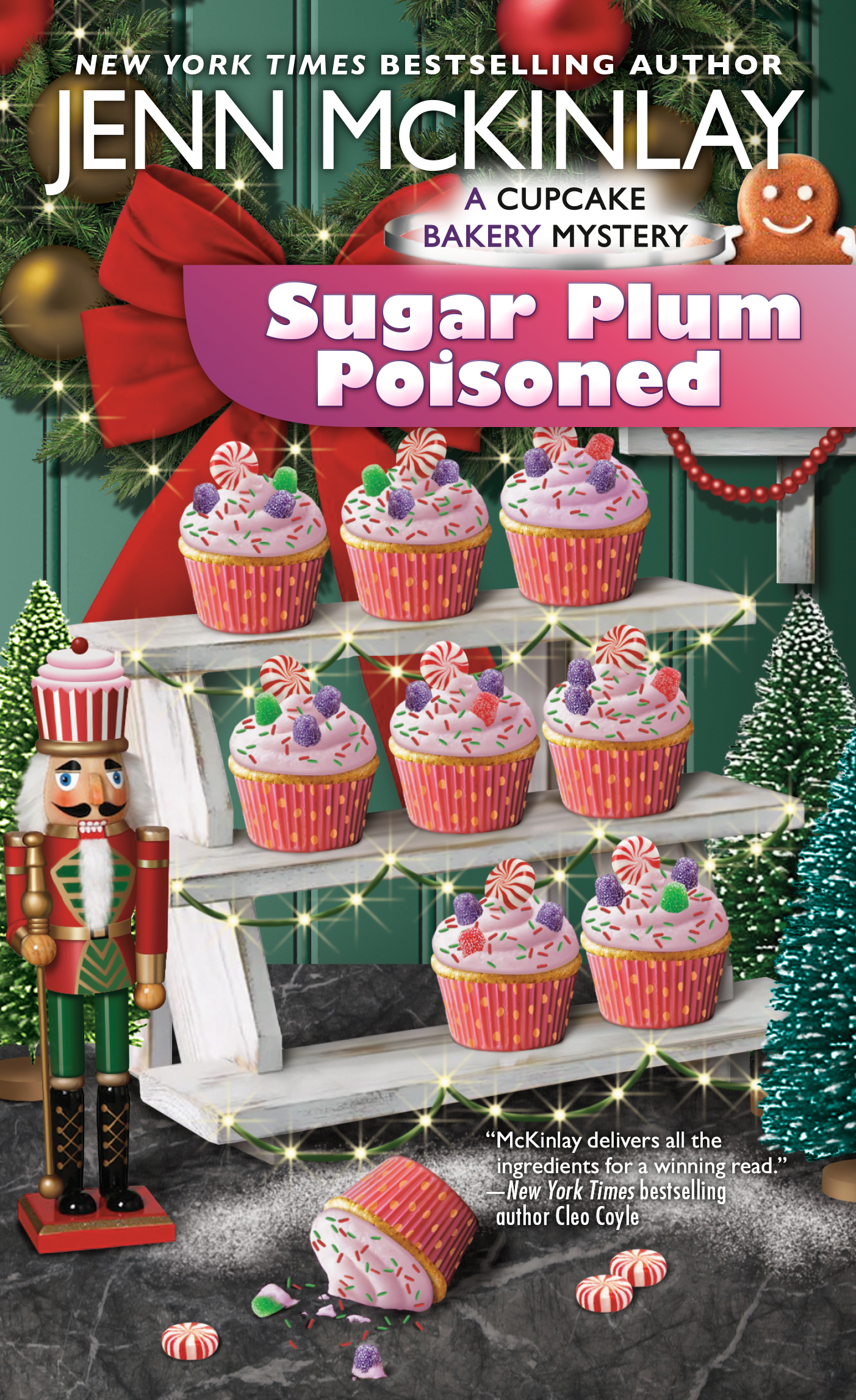