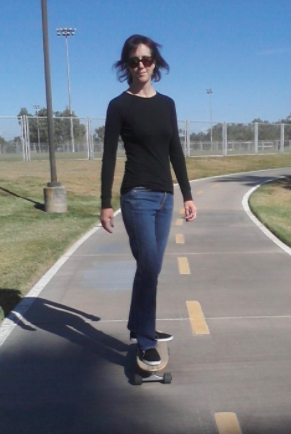 1. I believe daydreaming is terribly underrated as a life skill.

2. When I was a kid, I wanted to be a jockey. My mother, bless her heart, never said a word but signed me up for riding lessons, fully aware that at age nine I was already too tall to be a jockey. Yes, I'm six feet tall just like her. Wonderful woman.

3. My Sector 9 mini longboard (skateboard) is my favorite toy - best present the Hub ever gave me - and sidewalk surfing with my dudes is one of my favorite ways to spend a morning!

4. I was an extra on a TV show called Moloney, which starred Peter Straus and actually aired on TV for a whole season. It was the most boring 18 hours of my life and convinced me that we don't pay actors enough (yes, joking about the pay thing, still dreadfully dull work)!

5. My dad was a glider pilot and I have flown with him. For my birthday he even treated me to my first lesson and I actually flew the ship. I have my own log book and everything. AMAZING!!! 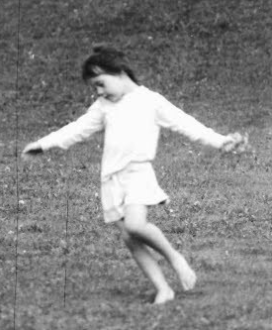 When did I decide to become a writer? Funny story. True story. I was a teenager and went to see the movie Romancing the Stone. I don't know that I decided to be a writer so much as I decided to be Kathleen Turner. Yes, that would be quite a stretch for me, but living in an apartment in New York City, writing romance novels for a living seemed like a good gig and so the dream began. I did nothing with it for YEARS.

I went to Southern Conn State Univ, where I studied English Literature and Library Science and worked at a bar called Toad's Place. I then took a full time job working as a librarian in Cromwell, CT. Still, I wrote nothing. Full time work was not conducive to writing time. I knew I needed to live in a place where I could afford to live, working part-time.

So, I packed up all of my crap and my cat and moved 3,000 miles across the country to Arizona and then I started writing -- romances. Hmmm. They were pretty bad, but I learned a lot along the way about POV, character development and plotting, etc. I took a wide variety of part-time jobs, convinced that it was all temporary because one day I would be a published writer.

While I was pursuing this dream with some pretty impressive (also called psychopathic) single-mindedness, I had my heart broken a few times and I broke a few along the way. I found my soul mate (in a library - for real) and married him. I had a gorgeous baby boy.

And then the call came! A lovely woman called from Harlequin and wanted to buy a book I had submitted a year (yes, a WHOLE year) before. She said, "We want to buy your book." I looked at the bundle of joy in my arms and asked, "What book?" She said, "Hmm. Usually people scream about now." I said, "I can't. It'd wake the baby." This was my first lesson in perspective and what is truly important in life, my family, but I still wanted to be a writer.

I signed a contract and went on to write for a couple of Harlequin's romantic comedy lines. I learned so much and I joined a group of writers who quickly became friends that I still talk to pretty much every day. I had another gorgeous baby boy.

The writing was hard for me and I learned that I was not a romance writer so much as a mystery writer. I'm just better at killing people than I am at making them fall in love. Knowing this, my husband sleeps really well at night, really! Bwa ha ha.

So, I started over. I wrote several mysteries. I submitted to agents and publishers. No one loved the whole package. They loved my characters and hated my plot or vice versa. It was agony. Then a lone voice, an agent, decided she thought I was a genius (always a good sign).

She signed me and now I had a buddy to suffer the rejection with me. It still hurt. We kept trying. It went on for two years. And then we sold! In 2008, I agreed to write a decoupage mystery series, then I submitted an idea for a cupcake bakery mystery series and it sold. Sadly, my original agent left to pursue new and different dreams of her own. I stayed with my agency, liking her partner very much. I knew it was a good match when I submitted an idea for a library lover's series and my new agent loved it and sold it.

You'd think I'd rest now. You know, take a chill pill and just enjoy the ride. Yeah, I'm not built that way. After so many years of hours hunched over my keyboard, banging out stories, years spent checking my mail box and my email inbox for good news, I don't think I'll rest until I really feel like I've achieved what I set out to do. And so, I agreed to write the bargain hunters series and then, I sold another idea for a mystery series set in London, which is my fifth mystery series.

Interestingly, during a meeting with my editor last year, I asked her what other types of stories I might consider writing. She handed me a stack of books, which were all romantic comedies. Oh, the irony! I decided I trusted her judgment and tried my hand, once again, at romantic comedies. The experiment happened about the same time hooligan number one started high school (can you say denial?), and I managed to write 450 pages in one month. Since I had recently switched literary agencies, I was relieved when my new agent read the book and said, "Wow, you wrote a perfect book!" She happily sold it and several more to my wonderful editor, so I am officially back in the women's fiction game with my fifth rom-com The Christmas Keeper slated for release in October 2019.

Is it enough yet? I don't think so. So far, three of my series have landed on the New York Times best seller's list. Awesome, but still, there's something just outside my reach. I guess I'll know what it is when it's in my grasp. Maybe it is something only time can give me. I don't know.

In the meantime, I am writing up a storm in the corner of my kitchen in my house in the desert. While my house, which is filled to bursting with kids, pets and my husband's guitars, is not the New York City apartment I dreamed of as a teen, I wouldn't trade it or the life I am living for anything!

*I'm a reviewer and I'd like to have an ARC (Advance Reader Copy) of your new book. How do I get one?

Contact Berkley Prime Crime's or Berkley Sensation's publicity department (see below). They handle the distribution of ARCs, as well as review copies of my other books.

*How do I schedule you for a book signing, conference, appearance or speaking engagement?
All requests must go through Berkley, please. Requests sent to me personally often get snagged in my spam filters.

*In the cupcake series, have you baked all of the recipes listed in the books?

Heck, yeah! One of my favorite parts about writing this
series is the “research and development” portion (i.e. baking in my kitchen)! I also have some expert help from baker friends and my mom!

*What are you working on now?

More mysteries and romantic comedies! Announcements on the latest books will be sent out in my newsletter!

*When are your next appearances? Will you be coming to my city?

I try to keep an updated list of signings and appearances on my Events page. If you'd like me to come to your city, let your local bookstores know!

*How long did it take for you to get published? What advice can you give me on writing a book?

I decided to be a writer when I was sixteen. I didn’t actually write anything until I was twenty-five. I sold my first book when I was thirty-three. So, you can see it was a long and winding journey to being published. My advice: Get your butt in the chair every day, write every day, then, when your work is the absolute best it can be, submit to publishers/agents who publish/represent what you write. Then do it all over again until you wear them down into publishing you. Hey, it worked for me.

*Will you read my manuscript?

For legal reasons, I can only read work that comes through an official request. If you have an upcoming book you'd like me to read for a possible quote, please have your agent or editor contact my agent or editor. 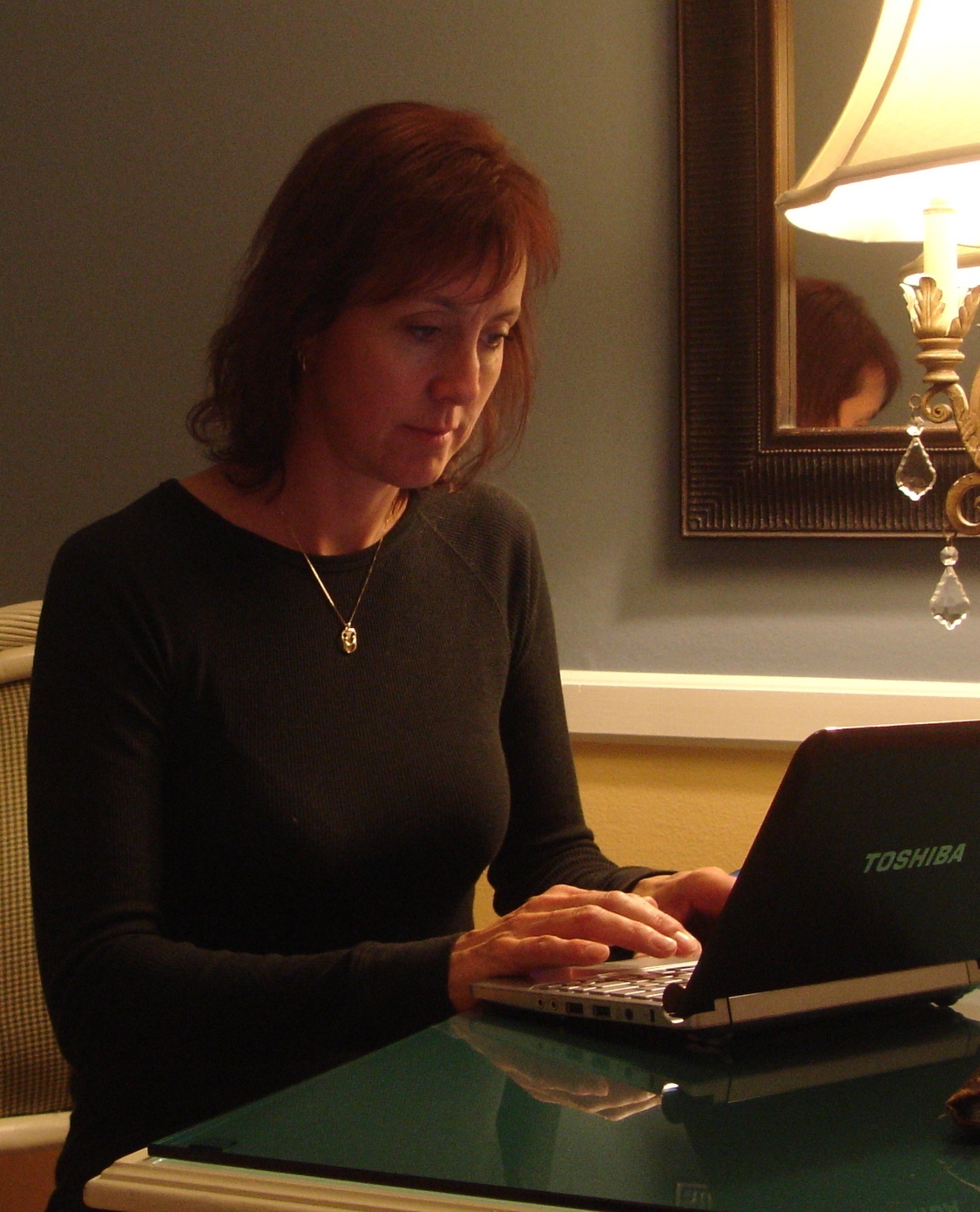 Press Kit:
Click on a pic for full size.
Photos by:
Jacqueline Hanna 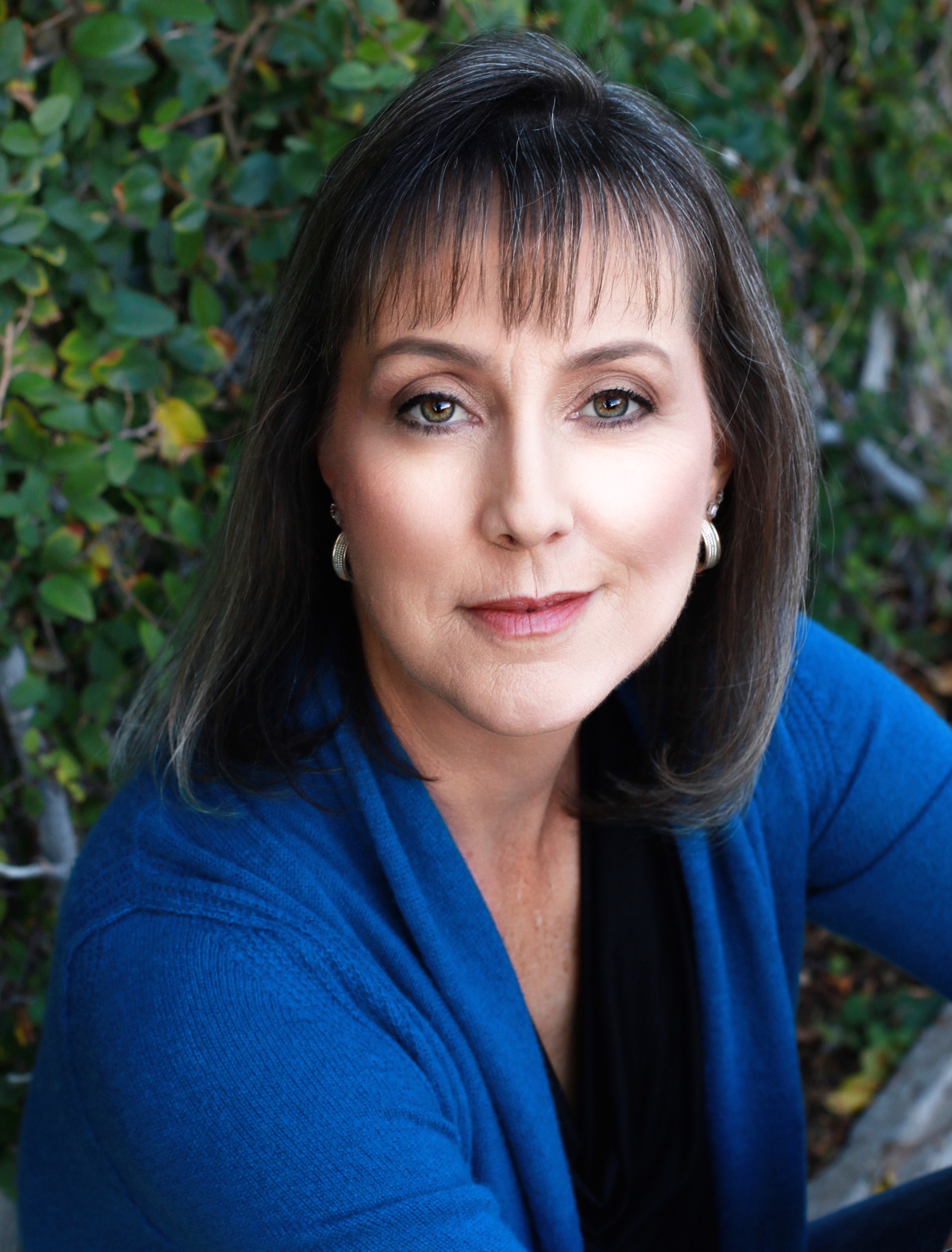 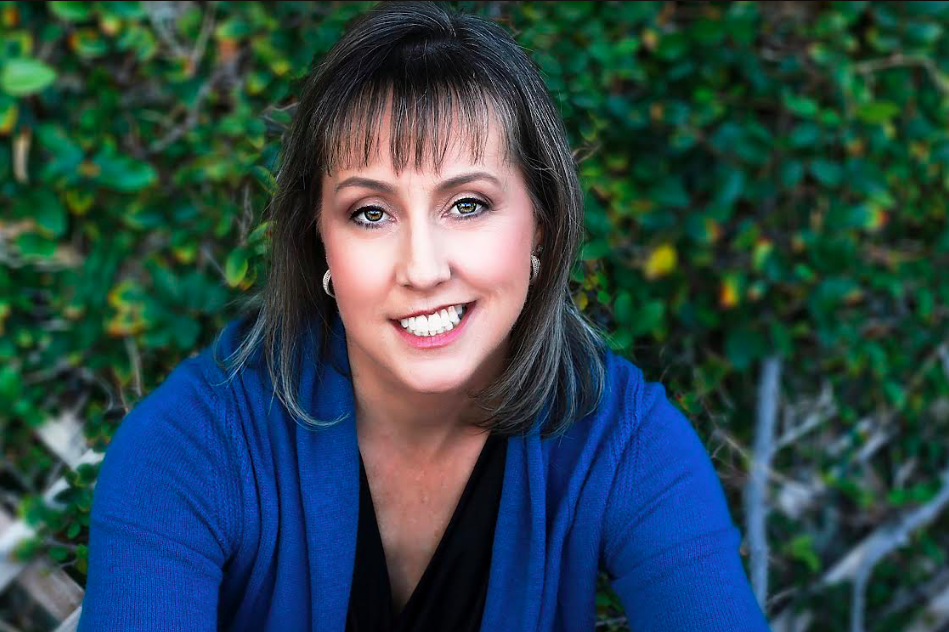